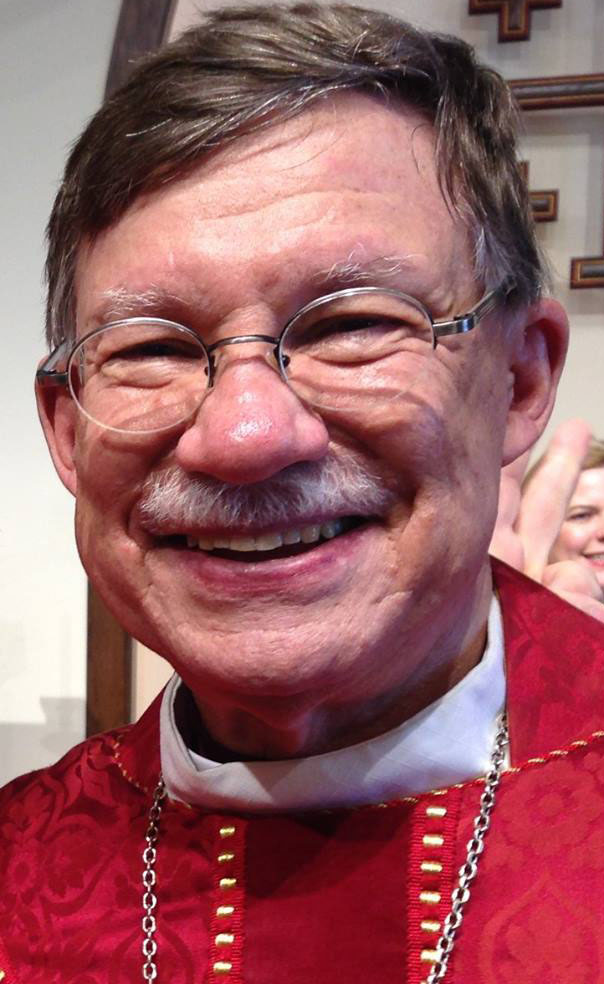 I believe that we should receive the Primates’ communiqué humbly and with a teachable spirit.

At the conclusion of their five-day meeting in Canterbury last week, the Primates of the Anglican Communion issued a communique that summarizes their deliberations and the resulting decisions. The press, and social media more widely, have given this communiqué a good deal of attention – sometimes helpfully, sometimes in a decidedly distorted manner. The purpose of this reflection is simply to highlight aspects of the communiqué’s contents and the challenges that this document presents to the Episcopal Church.

As the communiqué makes clear, the Episcopal Church and its actions on the subject of human sexuality were not the only topic that the Primates considered. This topic did, however, occupy a good deal of the Primates’ time, attention, and energy, and that will be the focus of this reflection. In the background of last week’s meeting were two resolutions passed by the General Convention of the Episcopal Church last summer. The first amended the canons of the church to expand the definition of marriage to include same-sex couples. The second provides liturgical forms for celebrating the marriage of two persons of the same sex, with the provision that the diocesan bishop must authorize the use of these liturgies. The resolutions themselves represent the culmination of a long and sometimes painful debate about how the church should welcome same-sex couples, and whether that welcome should include a sacramental dimension. I voted against both resolutions, and at the conclusion of convention signed the Communion PartnersSalt Lake City Statement, dissenting from General Convention’s actions but pledging loyalty to the Episcopal Church and a commitment to ministry to gay and lesbian Christians.

The Primates’ communiqué includes both a word of hope and a word of challenge.

To begin with, hope. “It is our unanimous decision,” the Primates said, “to walk together.” The Primates are the chief pastors of the 38 provinces of the Anglican Communion (each Province is a national or regional church). Their collective voice carries enormous moral authority. While the Primates are deeply concerned that the Episcopal Church has taken steps away from the agreed teaching of the Communion in the area of human sexuality, they are equally committed to keeping the Communion together. Even the difficult decisions incorporated into their communiqué fall under the general heading of “walking together.” How can we maintain – or better, restore – the unity to which Jesus calls us?

It is important to remember what the communiqué does not say. The Episcopal Church has not been removed from the Anglican Communion, nor have we been “suspended.” Our leadership role within the Communion has been temporarily reduced (more about that in a moment); but we remain, as the Constitution of the Episcopal Church puts it, “a constituent member of the Anglican Communion, a Fellowship within the One, Holy, Catholic, and Apostolic Church, of those duly constituted Dioceses, Provinces, and regional Churches in communion with the See of Canterbury, upholding and propagating the historic Faith and Order as set forth in the Book of Common Prayer.” We must remember the enormous affection with which we are held around the Communion, and the desire on the part of many, not least the Primates, that there be – in the words of the communiqué – “a restoration of relationship, the rebuilding of mutual trust, healing the legacy of hurt, recognizing the extent of our commonality and exploring our deep differences, ensuring that they are held between us in the love and grace of Christ.”

But the communiqué also includes a difficult word of challenge. “Given the seriousness of these matters,” the Primates said, “we formally acknowledge this distance by requiring that for a period of three years the Episcopal Church no longer represent us on ecumenical and interfaith bodies, should not be appointed or elected to an internal standing committee and that while participating in the internal bodies of the Anglican Communion, they will not take part in decision making on any issues pertaining to doctrine or polity.” This decision is the Primates’ direct response to “a change in their Canon on marriage . . . [which] represents a fundamental departure from the faith and teaching held by the majority of our Provinces on the doctrine of marriage.” The Primates ask the Archbishop of Canterbury to appoint a Task Group to foster conversation and healing.

Why three years? The communiqué itself does not say. Reading between the lines, I believe that the Primates hope that this hiatus from Communion leadership will give the Episcopal Church the opportunity to pray and reflect on our decisions. One of the key ingredients in discernment, after all, is time. We cannot rush through the process of listening to God and listening to one another. The Primates have given us a breather. Having said that, I should add that implied in this three-year hiatus is the desire on the part of the Primates that the Episcopal Church will take seriously the teaching of the Communion and will re-think its actions. Should we not do so, the temporary restrictions may well become permanent. But that, of course, is speculation.

The reaction to the Primates’ statement, at least in our own church, has been strong and often negative. Some see it as a form of persecution; others believe that the Primates are illegitimately exercising power at the expense of gay and lesbian Christians.

I too am sobered, but my reaction is less critical. I believe that we should receive the Primates’ communiqué humbly and with a teachable spirit. Although I opposed the actions of last summer’s General Convention, I am willing with my church to live within the limitations that the Primates have imposed. Meanwhile, I believe that we should ask ourselves hard questions. Have we failed to balance the call to Catholic unity with our commitment to justice? Do our brothers and sisters around the world have something to teach us as we wrestle with the complex questions of human sexuality? Does the mutual responsibility and interdependence that have characterized the Anglican Communion impel us to take seriously the plea of brothers and sisters around the world? These are questions, I think, that the communiqué requires us to ask ourselves. Our ecclesial vision, after all, is one that embraces Catholic unity – across cultures and languages and even across painful theological divides. Achieving that unity in a divided Communion is the challenge of our era, and an opportunity for us to submit ourselves to one another out of reverence for Christ (see Ephesians 5:21).

1. Presiding Bishop Michael Curry was a positive and gracious presence at the Primates’ meeting. It must have been a difficult and often awkward experience; but he conducted himself with dignity and, as always, with a profound focus on Jesus. I am grateful for him as a brother in Christ and as a fellow disciple. You can read his statement on the Primates’ meeting (and see an accompanying video) here.

2. Present at the Primates’ meeting, at the Archbishop of Canterbury’s invitation, was the Most Rev. Foley Beach, Archbishop of the Anglican Church of North America, the largest alternative Anglican body in this country. While I have no idea what happened “in the room,” the fact that Bishop Curry and Archbishop Foley were in the same room together is by definition a good thing. There is little chance, in the short run, for any institutional reconciliation between the ACNA and the Episcopal Church, but personal connections can be a source of surprising grace.

3. The Primates made it clear that they “condemn homophobic prejudice and violence and resolved to work together to offer pastoral care and loving service irrespective of sexual orientation. This conviction,” they add, “arises out of our discipleship of Jesus Christ.” At a news conference following the Primates’ meeting, Archbishop Justin Welby spoke of “the pain and suffering of many LGBTI people around the world and the extreme suffering in some countries where they are criminalized. It is for me a constant source of deep sadness that people are persecuted for their sexuality … I want to take this opportunity personally to say how sorry I am for the hurt and pain in the past and present that the church has caused.” These words mirror my own deepest commitments. I am grateful for the gay and lesbian Christians in this diocese, and cherish the gift of following Jesus with them.

Please join me in holding the Episcopal Church and the Anglican Communion in your prayers. The way forward is not clear. We are called to unity; indeed, Jesus’ prayer at the Last Supper is that we may be one (John 17:21). Unity itself is a gift of the Spirit, as Jesus binds us together indissolubly in baptism (Ephesians 4:1-6). May our hearts be softened and our prayers for unity be fervent.

Yours in Christ,
+Ed