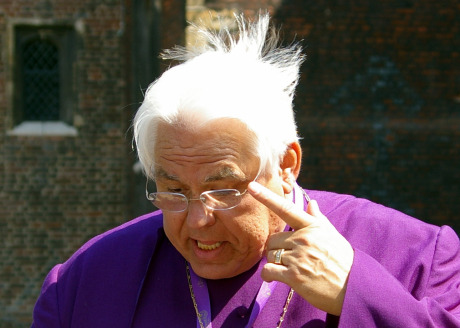 We in the Episcopal Diocese of Los Angeles stand firmly with our Presiding Bishop, the Most. Rev. Michael Curry, in his prophetic and pastoral witness during the recent meeting of the Anglican Primates. Bishops Suffragan Diane Jardine Bruce and Mary D. Glasspool join me in this solidarity.

The Primates’ action to suspend the Episcopal Church from Anglican Communion committees and other decision-making activities for the next three years distresses me. I join the many people of the Diocese of Los Angeles and beyond who for decades have been moving forward for justice and mercy, and we are not in any way going backward to change or to dilute this progress made.

Our strong bonds in Christ with sister and brother Anglicans and Episcopalians around the world do not change as a result of the Primates’ action. We maintain and will strengthen our ties with our companion dioceses of Jerusalem and Cuernavaca, and our other partnerships and friendships worldwide.

We in the Diocese of Los Angeles remain in strengthened solidarity with LGBT sisters and brothers around the globe, especially those whose lives are endangered daily by draconian laws that fail to respect the dignity of every person as we live together in diverse cultures and sexual orientations as people created in God’s own image.

Please join me in prayer for the Archbishop of Canterbury and the other Primates, asking that God’s Holy Spirit will guide them in future decision-making that does not seek an appearance of unity by discounting the full humanity and ministries of Anglicans and other persons on the basis of race, gender, sexual orientation or other expressions of God’s holy creation.

We continue to move on in faith, building on the progress of the past 40 years in particular, remembering especially the words of our 24th Presiding Bishop, Edmond L. Browning, who was installed in that office 30 years ago this month after declaring that in the Episcopal Church “there will be no outcasts.”