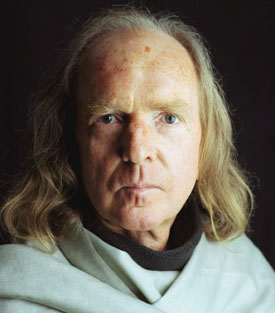 It is with deep sadness that Chester Music announces the death of Sir John Tavener. Sir John passed away peacefully at home in Child Okeford, Dorset on November 12, aged 69.

John Tavener studied at the Royal Academy of Music, coming first to public attention in 1968 when his oratorio The Whale was premiered at the inaugural concert of the London Sinfonietta and recorded on the Apple label. In 1977 he joined the Russian Orthodox Church, and there followed a series of works which have attracted wide popular attention (for example, The Protecting Veil, The Lamb, Song of Athene and Eternity’s Sunrise) and which, inspired by the liturgical and philosophical traditions of the Eastern churches, demonstrate the characteristic style for which is has become best known. Subsequently, Tavener’s inspiration derived from a wider range of philosophical sources – most notably expressed in the monumental Veil of the Temple (2003) – but also from icons of western culture, such as Tolstoy, Mozart and most recently Beethoven. He was knighted for Services to Music in the Millenium Honours list of 2000.

Sir John leaves behind his wife, Maryanna, and three children.

‘John Tavener was one of the unique and most inspired voices in music of the last fifty years. His large body of work – dramatic, immediate, haunting, remaining long in the memory of all who have heard it, and always identifiably his – is one of the most significant contributions to classical music in our times. For all of those fortunate enough to have known him, John was a man of strong beliefs, huge personal warmth, loyalty and humour. He will be much missed.’