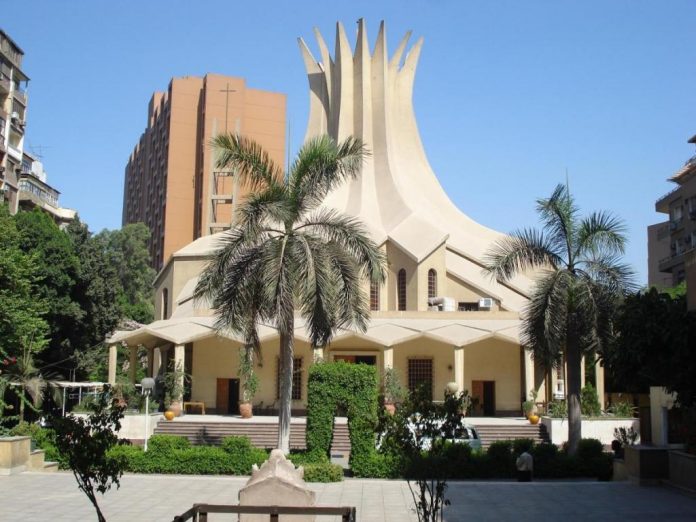 The Archbishop of Canterbury has met with overseas archbishops seeking ways to save the Anglican Communion from further schism and collapse. Meeting at All Saints Cathedral in Cairo the Global South leaders applauded last week’s reaffirmation of Christian marriage and the sinfulness of homosexual activities made by the House of Bishops of the Church of England, whilst also warning the Most Rev. Justin Welby they would be willing to take the lead in reforming the global Anglican Communion if he were not able to do so.

On 14 February 2014 Archbishop Welby and the Rev. Canon David Porter, his Director for Reconciliation, met with the Steering Committee of the Global South Primates led by the Presiding Bishop of the Episcopal Church in Jerusalem and the Middle East, the Most Rev. Mouneer Anis.

A spokesman for Archbishop Welby told Anglican Ink the archbishop had visited Cairo at the invitation of Dr. Anis to “hear from the Global South Steering Committee.”

“He is visiting all the Primates of the Anglican Communion to listen to their perspectives,” the Lambeth Palace spokesman said.

Details of the closed door meeting with Archbishop Welby have not been released, but in a statement released on 20 Feb 2014 the Global South group spoke of their appreciation of the “frank discussion, open sharing, and spirit of unity among us. We are also encouraged by the Archbishop of Canterbury’s emphases on renewal, mission and evangelism within the Church of England and the rest of the Anglican Communion.”

However, the Global South primates were not going to wait upon the rest of the church and outlined a plan of action they consider essential for the survival of the Anglican Communion.

They asked Archbishop Welby to convene a primates meeting in 2015, but at this meeting they requested the agenda focus on the “deteriorating situation facing the Anglican Communion.”

The Anglican Communion was not working, they said, and was “currently suffering from broken relations, a lack of trust, and dysfunctional ‘instruments of unity’.”

The 1998 Virginia Report defined four organizations as bearing a focus of unity for the Anglican Communion: the Archbishop of Canterbury, the Anglican Consultative Council, the Primates Meeting and the Lambeth Conference. While the report has considerable moral authority within the Communion, it was never formally adopted by the instruments it cited.

The Global South primates further asked that the agenda be “discussed and agreed upon by the Primates beforehand in order to ensure an effective meeting.” Fifteen of the 38 primates skipped the 2011 Dublin Primates Meeting. The primates had no say in the agenda of that meeting.

Several primates stayed away in protest to what they saw as a manipulation of their offices by the London-based staff of the Anglican Consultative Council, which they accused of having a pro-American bias, whilst others said they saw no purpose in attending the Dublin meeting when the Archbishop of Canterbury and the ACC staff had declined to act on the recommendations made by previous gatherings.

“We realize that the time has come to address the ecclesial deficit, the mutual accountability and re-shaping the instruments of unity by following through the recommendations mentioned in the Windsor Report (2004), the Primates Meetings in Dromantine (2005) and Dar es Salam (2007), and the Windsor Continuation Group report,” the Global South leaders said.

They also offered a word of encouragement to Archbishop Welby and the House of Bishops of the Church of England for the Valentine’s Day statement on Pastoral Guidance for Same Sex Marriage. They applauded the document and noted the “faithfulness of the Church of England in this regard is a great encouragement to our Provinces, and indeed the rest of the Communion, especially those facing hardships and wars.”