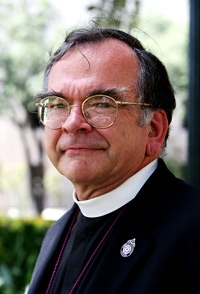 The announcement made by Bishop Dorsey McConnell of the Episcopal Diocese will cheer some, but make many Christians in our region (and around the globe) sad.  Scripture and Tradition present counter-cultural models for the ordering of society in marriage and family (as in everything) through sacrifice, chastity and self-denial.  There was a day — not so long ago — when the Christian leaders of our City spoke with one voice, but that day of united witness is past.  We continue to pray for Bp. McConnell and the clergy and people of the Episcopal Diocese of Pittsburgh, as well as for all those living with same-sex attractions, recognizing that there is a fundamental divergence on the moral and pastoral responses we in the Anglican Diocese of Pittsburgh are called to offer.”