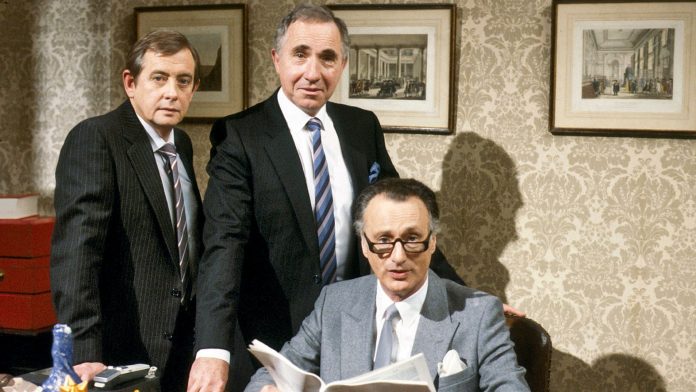 It pains me to see the decline of lying. Our forefathers were unsurpassed in the gentle art of polite fiction, of the little white lie. The feeble attempts of our debased modern age are insults to a grand and glorious tradition of obfuscation. We are midgets standing on the shoulders of giants.

I do not mean to suggest that the custom of lying has suffered any decay or interruption,–no, for the Lie, as a Virtue, a Principle, is eternal; the Lie, as a recreation, a solace, a refuge in time of need, the fourth Grace, the tenth Muse, man’s best and surest friend, is immortal, and cannot perish from the earth … My complaint simply concerns the decay of the art of lying. No high-minded man, no man of right feeling, can contemplate the lumbering and slovenly lying of the present day without grieving to see a noble art so prostituted.

It pains me to see the decline of lying. Our forefathers were unsurpassed in the gentle art of polite fiction, of the little white  lie. The feeble attempts of our debased modern age are insults to a grand and glorious tradition of obfuscation. We are midgets standing on the shoulders of giants.

The dulling of the craft is most pronounced within the ranks of the Church. Monday’s announcement that the Archbishop of Canterbury will make a flying visit to Kenya in solidarity with the victims of the Westgate Mall terror attack is not only witless but unproductive – this silly explanation will not convince the liberal wing of the Church of England (it’s intended audience), will cause the conservatives to chortle and will insult the Churches of Pakistan, Sudan, Tanzania, and Nigeria.

On 7 Oct 2013 the Lambeth Palace press office released a statement saying Archbishop Justin Welby would fly to Nairobi to meet with Archbishop Eliud Wabukala on the 19-20 of October.

The purpose of the visit, which has been arranged at short notice, is to be in solidarity with the Kenyan people following the attack on the Westgate shopping mall last month.

The programme of the visit is not yet confirmed.

The statement went on to say Archbishop Welby had been invited to attend the Gafcon meeting in Nairobi that week, but had been unable to attend due to “long-standing diary commitments.”

These commitments included a meeting of the Porvoo primates in Iceland on the 21st and the baptism of the future King of England, Prince George of Cambridge on the 23rd.

After the news broke last week (on Anglican Ink) that Archbishop Welby was not going to Gafcon, a torrent of negative comments from the right and rejoicing from the left washed through the Anglican blogosphere. Others gave the archbishop the benefit of the doubt. And the vast majority paid it no mind at all.

On Anglican Unscripted I said that the excuse of having to baptize Prince George was the best get-out-of-a-social-obligation-free card I had ever heard. I gave the archbishop high praise for finding a way to finesse a sticky situation. And now we have this extraordinary volte face — and this pitiable explanation.

So, what is going on? Wheels within wheels? Or incompetence? From what I have been able to divine, Archbishop Welby is breaking free from the shackles of the Church of England’s bureaucracy. His predecessor, Rowan Williams, was Anglicanism’s Jimmy Carter (or for our English readers its Harold Wilson). The smartest man in the room — but clueless as to how to use his authority and office. Justin Welby started off well as archbishop, but has also fired some distress rockets that worry the Global South. While they like him and are encouraged by his sincere faith – will the office overwhelm the man as it had Rowan Williams?

The refusal to attend the Gafcon meeting in Nairobi and the decision to offer a pre-recorded message and not speak live via Skype (as he did in Toronto) indicated there would be little change in the short term from Canterbury. Yet overseas leaders were able  to satisfy themselves that the refusal was not motivated by animus. Archbishop Welby’s stated priorities were reconciliation and evangelization within the Church of England. Foreign affairs were important to him, but not urgent.

And the archbishops understood that Justin Welby could not get too far ahead of his troops – the House of Bishops of the Church of England. I had been pressing Lambeth Palace to say if the archbishop was going to go to Gafcon for several months. To be fair — the archbishop’s press office was purged over the summer. By the end of August emails and phone calls were no longer being returned as there was no one there.

They have since brought on Ed Thornton from the Church Times – a solid religion reporting pro – and have hired as director of communications a one-time spokesman for Buckingham Palace—Aisla Anderson. However, the new team has not yet secured its position and authority in the swamp of Lambeth Palace politics – and their talents have yet to be exercised on the archbishop’s behalf.

The political currents in the Church of England do not favor Archbishop Welby’s public embrace of the Gafcon movement. At the 2008 Gafcon meeting in Jerusalem, Bishops Michael Nazir Ali and Wallace Benn of the Church of England were among the leaders of the gathering. While there will be a large number of English participants at Gafcon, I do not believe there will be any bishops.

And, the battles within the Church of England over women bishops and human sexuality, coupled with a hostile culture and government have focused the church’s gaze inward in the past few years. There is not the overt hostility to Gafcon this time around as there was in 2008 in some quarters – but the case has yet to be made to the institutional CoE why the global reform movement should be embraced, not feared.

Factor into this equation the fact that of all the diocesan bishops, Justin Welby of Canterbury is likely the most favorable to the ideals of the Gafcon movement. The African bishops understand Justin Welby cannot deliver his church, cannot deliver upon a commitment without synodical and episcopal backing.

As of Friday of last week the Anglican world had reached equilibrium over Gafcon. Archbishop Welby would be there in spirit, but not in person. The scenario that was likely to unfold was that the conference leaders would produce a grand statement laying out their beliefs and points of contention with the progressive wing of the church. But they would also find a way to give aid and support to Justin Welby – even if they managed a kick or two in the Church of England’s shins over civil partnerships.

Monday’s announcement that Justin Welby would be meeting with the Gafcon primates before the conference will  enlarge but not alter this scenario. We will still see a statement of beliefs from the conference around their future hopes for the Communion, but I expect a greater degree of sympathy for Archbishop Welby’s position within the Church of England.

It is not known why the archbishop decided to go to Nairobi. Perhaps his meeting with Archbishop Ignatius Kattey of Nigeria last week prompted him to reevaluate his priorities. It may be that he has broken free of the cocoon that the Lambeth staff had wrapped around his predecessors and was aware of the disappointment his rebuff caused.

Yet to say he now is going to Nairobi to stand in solidarity with the Kenyan Church in the wake of the Westgate Mall terror attack is absurd. There is nothing Anglican related about the Al-Shabaab attack on the Mall. If concern for the victims of terror where the motivation, then Justin Welby should be on the first flight to Pakistan and stand in solidarity with the martyred Christians of Peshawar – or the martyrs of the Sudan, Nigeria or Zanzibar; places where there is a direct link between Islamist violence and Anglican Christian suffering.

Did the archbishop’s office think through the symbolism of saying he would travel to Kenya to mourn at a shrine to materialism? What does this say to the Church of Pakistan?

What could have been done differently? I would have suggested a polite fiction: an obvious white lie, but one that signals the archbishop’s inability to speak due to a difficult political environment where face must be saved.

At the 2005 primates meeting, the archbishops were hidden away in a Catholic monastery while the reporters and hangers on were roughing it at hotel in Newry, Northern Ireland. One wet afternoon, Stephen Bates of the Guardian came across Bishop Bob Duncan in the bar. Asked what he was doing there, Bishop Duncan replied he was on holiday. Steve asked if he were in Ireland for the skiing, and Bishop Duncan smiled.

Steve had a fun story and honor was preserved all round. All knew Bishop Duncan was in back channel communication with the conservative primates, but he could not say this. A winter sports holiday in Ireland finessed what could have been a difficult situation.

The doltish explanation from Lambeth Palace may well be true. But I would have counseled the staff to look to the movies for pointers on how it is down.

Captain Renault: What in heaven’s name brought you to Casablanca?

Rick: My health. I came to Casablanca for the waters.

Captain Renault: The waters? What waters? We’re in the desert.

Rick: I was misinformed.